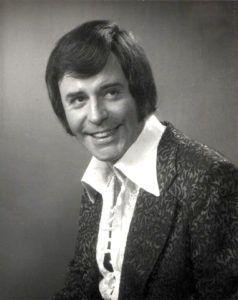 Robert Young (1935 — 2011) was a distinguished British singer (tenor), performer of classical pop song, whose creativity peaked in the 1970s. Robert Young had visited many countries of Europe, and was the first guest to the USSR from England after the Iron Curtain.

Robert Young left us a unique legacy of several dozen songs. Some of them were not performed by anyone but him, while others were performed by Young in his special interpretation, which makes the song unique.

The work of Robert Young is a unique reflection of his era. This uniqueness lies in the highest demands of the listener, the exquisite performer’s choice of a music piece, his true love for music and his vocal skill.

We’ve made this site in memory of a unique performer, whose works did not receive enough audience attention and distribution.

We have tracked down, purchased and carefully digitized almost all vinyl records with audio recordings of Robert Young, including with very rare, and we hope that the posted works will serve as a powerful impetus and inspire young performers and musicians.

Before continuing to explore this site, listen to a few songs by Robert Young:

Please listen to other albums of Robert Young